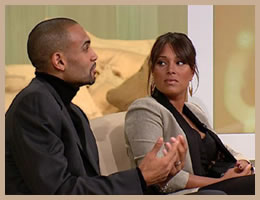 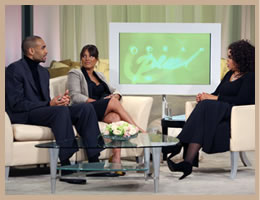 When NBA all-star Grant Hill married Tamia, a Grammy-nominated R&B singer, in 1999, the couple looked forward to years of health and happiness. Little did they know, their promise to stand together in sickness and in health would be put to the test shortly after saying "I do."

After years of jumping, pivoting and posting on courts across the country, Grant suffered an ankle injury that almost cost him his career…and his life. He had three ankle surgeries in just three years. Then in 2003, Grant went in for his fourth ankle operation.

"[Grant] came home, and he had a fever for a couple of days," Tamia says. "I ended up calling the doctor, and they said, 'Bring him in.' By the time he got there, he was shivering and shaking. I didn't quite realize how serious it was until I got there myself…it was scary."

Doctors discovered that Grant had developed a staph infection, which nearly killed him. "It was a very scary time, and I think that made me really put things into perspective," Tamia says. "It was no longer about whether he could be the greatest basketball player. I wanted him to be around to be a husband and a father to my children."

Grant says he doesn't know if he could've overcome his injuries without his family. "I was as close as I've ever been to checking out," he says. "My wife really got me through it."

Just when the Hills thought the tough times were behind them, Tamia received a frightening diagnosis of her own.

After just four years of marriage, Tamia learned she had multiple sclerosis (MS), a chronic disease of the central nervous system that can affect the brain and spinal cord. "I was a little shocked for a minute, and [then] I started to cry," she says.

Tamia says she found comfort in knowing that Grant was by her side during this difficult time. "When I was diagnosed, the first thing he said was, 'What do we need to do to fight this?'" she says. "It's good to have a fighter on your side."

Though there's no cure for MS, Tamia has learned to live with the disease. "She's dealt with it remarkably. Seeing her strength and her attitude has really helped me," Grant says. "I admire that. There are so many qualities to love about my wife, but I think her strength is the main thing."

Grant and Tamia have learned to lean on each other when times are tough and celebrate the little things in life, including their two little girls, Myla and Lael.

"I think it's the everyday things we love about each other," Tamia says. "It's watching [Grant] take Myla to school or [him asking], 'You want me to hold the baby so you can have the extra half an hour.'"
Grant hasn't had to look far for marital role models. His parents, Calvin and Janet, have been married for 37 years.

"[They're a] very good model," he says. "My dad was a professional athlete. My mom has her own consulting firm. For me, it was a great example growing up and having them as parents, seeing how they work through their marriage. Because marriage, as we all know, takes hard work."

As a child, Grant says he took note of every interaction between his mother and father. "I saw the good, the bad and everything in between," he says. "I know that for my daughters, especially as women, how I interact with my wife, how they see me treat her, is a lot of times what they're going to find and be attracted to in a man. … Little ones pick up on everything."

Over the years, Grant and Tamia say the tough times have made their love stronger. And, they have two reasons to keep fighting—their daughters, 5-year-old Myla and 3-month-old Lael. 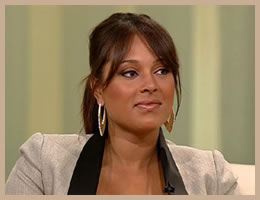 When he's not traveling with the Phoenix Suns, Grant spends time at home, doting on these two little ladies. "The role of being a father is just super important, especially with little girls," he says. "First and foremost is to treat their mother with the utmost respect and love."

Grant hopes his commitment sets a good precedent in his daughters' lives. "[I'm] raising the bar so high that if any guy comes around she can say, 'Oh I'm not impressed. You bought me a flower for Valentine's Day. My dad has been buying me two dozen flowers every Valentine's Day and chocolate,'" he says. "That's important because, a lot of times, the first man that a girl or woman falls in love with is her father."

Even when Grant gets home late from a basketball game, he says he always gets up and takes Myla to school. "That's our time," he says. "No matter what time I get in or how tired I am, I want to be with her in the morning. … That's daughter and father time."

Although Tamia loves seeing Grant with their daughters, she says it can be bittersweet at times. "I didn't grow up with my biological father in the house," she says. "I'm proud, on one hand, that I can give that to [my children], but it breaks my heart sometimes to see the interaction and see what I've missed out on."

At the end of the day, Grant says his children are the legacy he'll be most proud of. "No matter what your achievements are in life, it's about raising your children to become good, successful, respectable human beings," he says.

Grant and Tamia - Guests on Oprah