President Obama recently announced that Grant Hill will be joining seven others as his delegates for the 2012 Olympic Opening Ceremony in London. Alongside Mrs. Obama, Olympic medalists Brandi Chastain, Dominique Dawes, and Summer Sanders, Paralympics medalist Gabriel Diaz de Leon, and the Honorable Louis B. Susman, Grant will attend the Opening Ceremony on July 27, 2012 and meet with members of the USA Olympic team.

The delegation is being spearheaded by First Lady Michelle Obama and will promote her Let’s Move! campaign, which encourages children to be healthy and active every day. The Let’s Move! initiative is focused on eliminating childhood obesity in one generation. 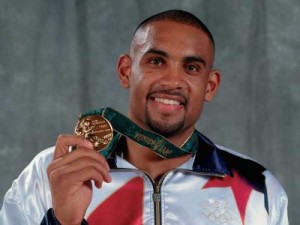 As a member of the President’s Council on Fitness, Sports & Nutrition and a 1996 Sports and Nutrition Olympic gold medalist in Men's Basketball, Grant is a big proponent of livelong fitness and health. Maintaining a healthy lifestyle allows him to work and play at peak performance, keeping up with his kids as well as opponents on the basketball court

Grant is proud to serve on a delegation whose goal is to inspire children to get into the Olympic spirit by getting active and healthy. Look for him at the Opening Ceremony in London and cheer alongside him as the USA takes home the gold!